War economy flourishing behind the walls of Houthis detention centers 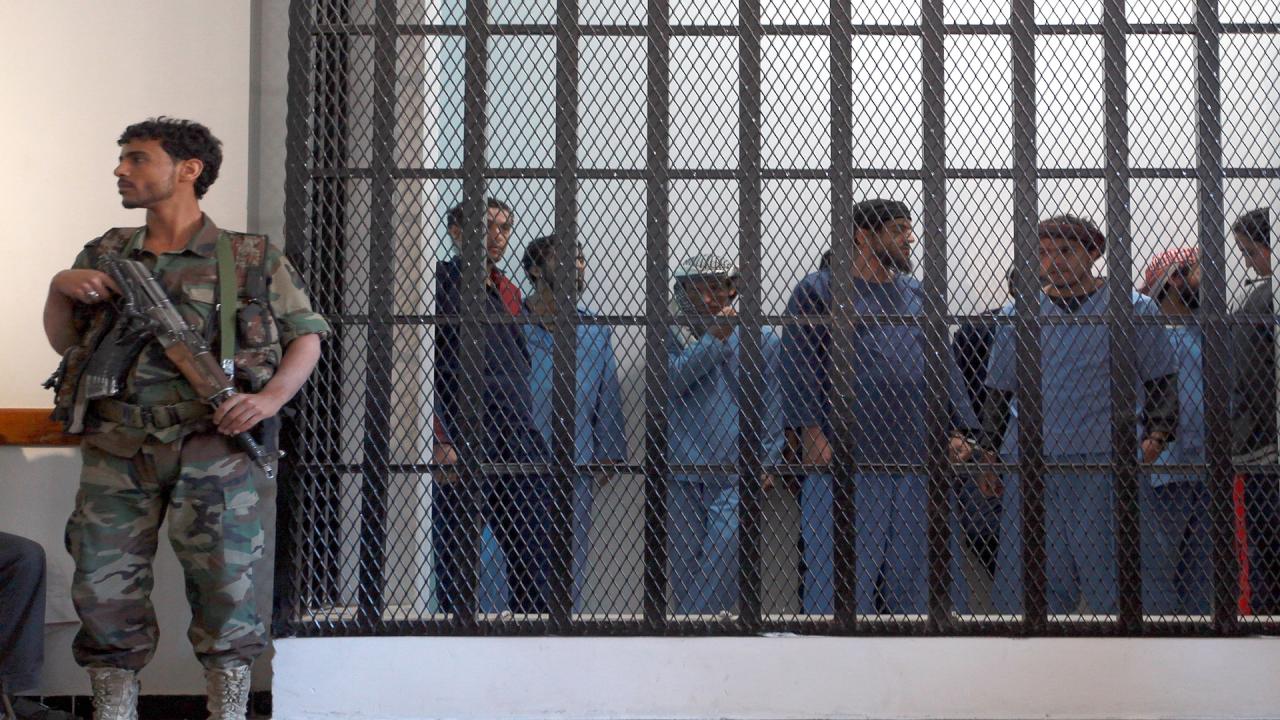 Just as there is no fixed or specific rule governing Houthi dealings in detention facilities, there is no way to verify the commitment of mediators, brokers or others who seek payment for the release of detainees. There are often no legal or customary documents showing the course of the case or who was involved in it. In many cases, the middlemen tell the families that they are following up when they have done nothing.

When Adel (pseudonym) was arrested in early 2019 from a checkpoint in Al-Hawban area in Taiz governorate, following the inspection of social media apps on his phone, he was placed in a temporary detention room next to the checkpoint. He informed the security forces of his work in the office of a licensed international relief organization, which prompted accusations of being a spy.

In the detention room, a Houthi supervisor known as Abu Hani told Adel that he was trying to help release him before Houthi intelligence agents transferred him to Al-Saleh prison. Thirty minutes later, a man who claimed to be an investigator asked Adel a series of questions, including about his relationship with Saudi-led coalition countries and the distribution of expired aid.

The supervisor returned to inform Adel that his situation was difficult and requested that he pay the investigator. Adel handed over 80,000 rials, which the supervisor took and then disappeared. Adel was then transferred to Al-Saleh detention camp.

Adel inquired about his case after a month-and-a-half inside the prison without an interrogation. The guards claimed to know nothing about his case and promised to look into it. Unbeknownst to Adel, his family had paid more than 1.2 million riyals to mediators and brokers claiming to be working on his release.

Adel said he received no benefits from the payments. After about eight months, he was finally released along with five others in his cell who were not informed of the reasons for their arrests either. All of them spent between six months and one year in Al-Saleh prison.

Days after his release, Adel was approached by one of the mediators whose Adel’s family had already paid. The mediator demanded more money, claiming that he was the one who ultimately secured Adel’s release. Although he realized that the man was probably lying, he paid him 150,000 riyals in the hope that he would not be harassed or summoned again.

The Houthis arrest civilians for military, political and economic gains, Abdulwahid Al-Oubali, an economics researcher, told Almasdar Online. On the battlefield, civilian detainees are used as bargaining chips for the release of captured Houthi forces. The same approach is used to gain leverage in political negotiations. Ransom demands sometimes accompany prisoner exchanges and political negotiations.  For the Houthi supervisor, and the army of mediators, brokers and others who claim to have access to the supervisor, the arrest of innocent civilians is a massive source of revenue, he said.

After the arrest, the civilian is hidden from his family for a period of time. Then suddenly the brokers appear as saviors who possess the necessary connections and influence with the Houthi supervisors to secure a guarantee. Then begins the bargaining and extortion with the aim of release, in addition to demands for money to pay for food, supplies, or perhaps a visit to the detainee.

Considering that thousands of detainees are held in Houthi prisons and detention centers on a daily basis, the sums flowing to Houthi supervisors, Aqils and their networks are enormous, he said.

The Houthis deny that money has been extorted from prisoners in an organized manner.

But the growing body of testimony from former prisoners, the friends and relatives who worked to secure their release, as well individuals benefiting from the scheme paints the picture of a thriving prison economy that has prospered at all levels under Houthi. Scores of individuals make their living, if not reap huge profits, on payments from the detainees or their families. Payments are demanded for an increasing number of services, including following up on a detainee’s case, bonding a detainee, bringing them food and medicine, arranging phone calls or in-person visits and limiting torture of the prisoner. In many cases, people pay Houthi supervisors so that they will not be arrested in the first place.

Khaled (pseudonym) paid 500,000 riyals to Houthi supervisors and mediators in exchange for his release on the night of his arrest. He was arrested by Houthi loyalists outside a mosque in Sana'a after objecting to  what he described as militant practices taking place inside the building. He was then taken to a police station in Sana'a, from which he managed to contact relatives and others, who searched for mediators and intensified efforts for his release. They paid half a million riyals to a set of brokers who helped secure Khaled’s release the same night.

Afraid of further inquiries about him and his previous job in a government sector, Khaled left Sana'a and settled in Ma'rib, to ensure his safety.